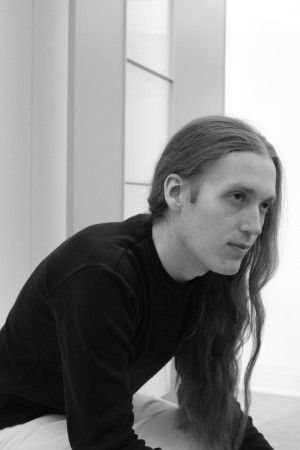 Johannes Zetterberg (a native of Stockholm, Sweden) was born on November 17, 1985. Growing up in a musical family, he was exposed to a lot of different music at an early age.

"Well, being that my father's a countertenor with a soft spot for Oscar Peterson, I guess I quickly learned to appreciate classical music & jazz. On the other hand, there were groups & artists like Stevie Wonder, Earth, Wind & Fire, Michael Jackson, Toto, Chicago & lots of others, all of which I found on my mother's mixtapes. It was like discovering a gold mine with all kinds of cool music, ranging from the hits of the 60's to the boy bands of the 90's! So yeah, it got pretty diverse right from the get-go."

He started playing the bass at twelve, and fell in love with the instrument right away. Around the same time he was introduced to the music of Metallica & Yngwie Malmsteen by a friend, and that would turn out to widen his already eclectic taste, adding to the mix groups like Testament, Slayer, Opeth, At the Gates, Anthrax, Pantera, In Flames, Meshuggah, Dark Tranquillity & The Haunted, to name a few.

Johannes would later go on to attend Södra Latins Gymnasium's prestigious music program, where he studied with Hjörleifur "Höddi" Björnsson & Robert Sundin. It was during this time that his interest for the fusion genre grew increasingly stronger & began to take up more of his time. Says Johannes:

"I had this friend in junior high who was into Weather Report, so I was kind of familiar with the genre already. But it wasn't until high school - when I discovered Dave Weckl, Allan Holdsworth, Chick Corea, The Brecker Brothers, Spyro Gyra, Tribal Tech, Yellowjackets & Pat Metheny Group - that I really got hooked on it.

Hearing all that amazing music made me realize how endless the rhythmic and harmonic possibilities are, and that really excited me. I definitely connected with it in a way that I hadn't with any of the other genres."

"We wrote some songs, but only managed to complete & record one, really. It was titled "Seven Peaces" - and yes, it was misspelled intentionally! - but that track was actually influenced more by Emerson, Lake & Palmer & other progressive rock groups that we were listening to at the time."

This project would later evolve into the group Split Vision, with the addition of another classmate, Leonard Malm, on vocals. Heavily influenced by the music of Toto, Jay Graydon, Planet 3, Chicago and the likes, they garnered some attention with the release of their self-titled demo in 2006, but would eventually disband as Malm moved to Los Angeles.

"Oh man, yeah, having some of my absolute heroes on this CD has been nothing less than a dream come true. If someone had told me 8 years ago that the saxophonist of Chick Corea's freakin' Elektric Band would play on a solo CD of mine... well, let's just say I would've seriously doubted it!!

These cats are all super professional & such nice guys, it was a real joy & honor having them on the CD, and I thank them immensely for their contributions. Hopefully we get to work together again soon!"

Fast forward to 2015, and Johannes is back in full force with his latest offering Equanimity. Featuring an almost entirely new cast of characters, this is a brand new collection of original material that draws from a large palette of influences, and is certain to appeal to fusion aficionados around the globe. Johannes elaborates:

"I actually planned for this one to come out two years ago, but due to scheduling conflicts and circumstances beyond my control it ended up getting delayed time and time again. It sort of became a blessing in disguise though, as I was able to improve on song arrangements and whatnot in the meantime, and I definitely feel like the songs gained a lot from that extra time they got to sit and grow.

I'm my own worst critic, but I couldn't be happier with how this album turned out, it really has exceeded my expectations. You know, I'd like to think I have matured as a musician & songwriter in the four years since my last album, and I hope it shows in these songs."